Anchor CrossFit delivers the CrossFit program exactly as it is intended. The stimulus provided are by design, constantly varied, using functional movements, performed at a high intensity. Our specialty is not specializing and our goal is constant progress. The community is welcoming, and is one of support and camaraderie to anyone seeking maximal health and fitness. Whether you are an ELITE athlete, actively participating in sports, playing with your kids, or simply wanting to be healthier and more mobile, we strive to provide the highest level of training that will help you achieve your goals.

View our WODs in Zen Planner!

You can now view and track your WOD scores in Zen Planner either in your Zen Planner app on your smartphone or here Track your progress, PRs and much more! 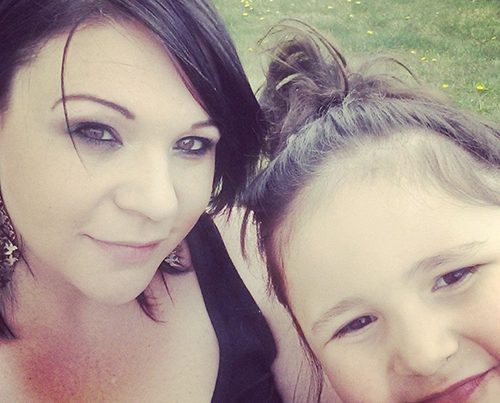 Member of the Month – Dana

steve | Success Stories | No Comments
So, I used to suck…. Not that I couldn’t do great things, I just wouldn’t. Everyday activities like laughing, playing, living became overwhelming for me. Somedays I blamed the cancer… 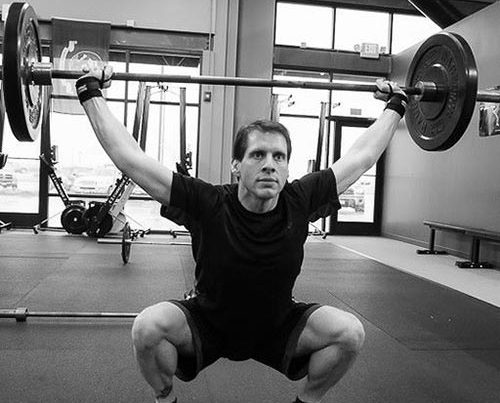 steve | Success Stories | No Comments
So about 2 years ago I noticed a new business open… Anchor CrossFit. I noticed it funny enough on my way to pick up a pizza. I was curious what this…

Member of the Month – Rachel E

steve | Success Stories | No Comments
Two years ago I had never heard of Crossfit. Ever. I was looking for a personal trainer or gym nearby that could help me get back into shape after having…

This is my gym and these are my friends. They have helped me change my life in ways I never thought possible. If you think you can’t… well… trust me on this, you are wrong. You can and there are whole groups of people who will gladly cheer you on and help you do it.

I have learned to do pull ups, hand stand push ups, a variety of olympic weight lifting lifts and dozens of other movements that I thought were simply not possible for me. With the help of amazing trainers and fantastic peers I have come to love this crazy fun sport called CrossFit.

Don't forget to grab your free sample of #Nooma fr

Try the newest addition to our drink cooler lineup

Treat your mobility with the same time and attenti

Start off the week (or end the weekend, however yo

Schedule for the week of New Year's day

Fun workout today for our 12 Days of Christmas WOD

Here's our adjusted hours for the week of Christma

We are the Best Gym in Commerce City for High Intensity Workouts. You can choose between Commerce City CrossFit, FIT Boot Camp, and Personal Training at one location. We are the only gym around Commerce City to give you so many choices. What is your goal? Are you looking to get stronger, lose weight, get in shape, or just get healthy again? The answer to your fitness goal is the same. Find a High Intensity Training program at a Gym you will enjoy and can attend 3 to 5 times per week.

We are a proud affiliate of the FIT Gyms workout program, which gives our members the best access to high intensity, circuit based group workouts.  It’s not boot camp, it is the hardest workout you’ve never done!

Do you want to do Cardio today? Come join us for a FIT Boot Camp Fitness class in Commerce City. Are you looking to get stronger today? Join a Commerce City CrossFit workout and improve your strength. Our Gym has a class on the schedule for you, no matter how busy you are. Try us out FREE for 1 week and see why we have become the best gym and fastest growing fitness facility around.

A gym is only as good as its coaches. At our Health Club in Commerce City are lucky to have some of Colorado’s best fitness coaches calling Anchor CrossFit home. Join us for a workout with a coach who cares about YOUR success.

Our coaches in Commerce City are highly educated specialists in Weight Loss, Nutrition,Commerce City CrossFit, Olympic Lifting, Boot Camp, Rowing, Kids’ Fitness, Running, Cycling & more. From the first time you arrive in our gym, you will notice our level of dedication. We provide the right amount of motivation and experience, without being “too close for comfort”. With our varied backgrounds and specialties, you will find an experience unparalleled in our area. Try us FREE for 1 week. We have over 50 positive reviews so far, making us Commerce City’s #1 gym for High Intensity Training workouts. Come see the difference our dedicated coaches near Commerce City.

Our programs are developed to maximize results. They include traditional CrossFit style programs, strength training programs, and a program that burns over 900 calories per hour (F.I.T.). F.I.T. is a unique twist on your traditional Boot Camp. We accomplish this by combining all of the elements you love in a Boot Camp style class with all of the toys available at our CrossFit facility.

Anchor CrossFit is located in Commerce City off of the corner of 104th Ave & Hwy 2 in Turnberry Marketplace. We serve anyone living in the Reunion, Fronterra, Buffalo Run, Brighton, Turnberry, or anywhere in our around the North Range Commerce City area. Travelling and staying near DIA? We are the perfect location to drop-in and get a quick workout in before your flight.

Our Anchor CrossFit Gym Workouts were built to get you individualized coaching in a group atmosphere. We believe in this philosophy and strive to maintain a low member to coach ratio in order to provide the attention you deserve. We are the only CrossFit gym serving Commerce City to give this low coach to athlete ratio. You will always get better results when your coach has the time to focus on you.

Our location at Anchor CrossFit in Commerce City is one of Denver Colorado’s premier CrossFit locations. Our Gym has windows on 3 sides of our building and lots of open outdoor space for kids to play. There isn’t a better place for your Commerce City CrossFit workouts anywhere around the Denver. We spared no expense to bring the very best equipment and facility around.

CrossFit was formally established in 2000 by Greg Glassman. By 2005 there were 13 affiliate gyms. Because of the incredible results people have seen, there are now over 8,800 CrossFit affiliate gyms worldwide, making it the largest fitness organization in the world. How do you argue with those results? One of the best articles, published by “The Box” magazine, outlines the history of CrossFit. One of CrossFit’s largest strengths is that it is scalable and usable by anyone at any age. There are 80 year old people using CrossFit to stay healthy, 350lb + people using CrossFit to lose weight, and 5 year old children using it to learn about fitness. Even the US Military uses the methodology to train it’s Special Forces.

A simple way to sum it up. CrossFit founder Greg Glassman realized that specializing in one athletic domain meant losing the ability of the athlete to perform in others. Think of the strength capacity of a marathon runner, or the endurance capacity of a power lifter? They gave up one capacity for another. Greg’s goal was to determine the “Best methodology to determine and produce the fittest humans on the plant”. His discovery was that by mixing the best training disciplines of other sports, we could become the best and most fit versions of ourselves. What is athleticism? It is being able to perform optimally in the following modal domains: cardiovascular/respiratory endurance, stamina, strength, flexibility, power, speed, coordination, agility, balance and accuracy.

CrossFit is the most effective way to do this, in the least amount of time. 8,800 gyms and hundreds of thousands of people can’t be wrong. If you’re in or near Commerce City and surrounding areas, come join a CrossFit Gym who values you as an individual and wants to help you achieve your goals.